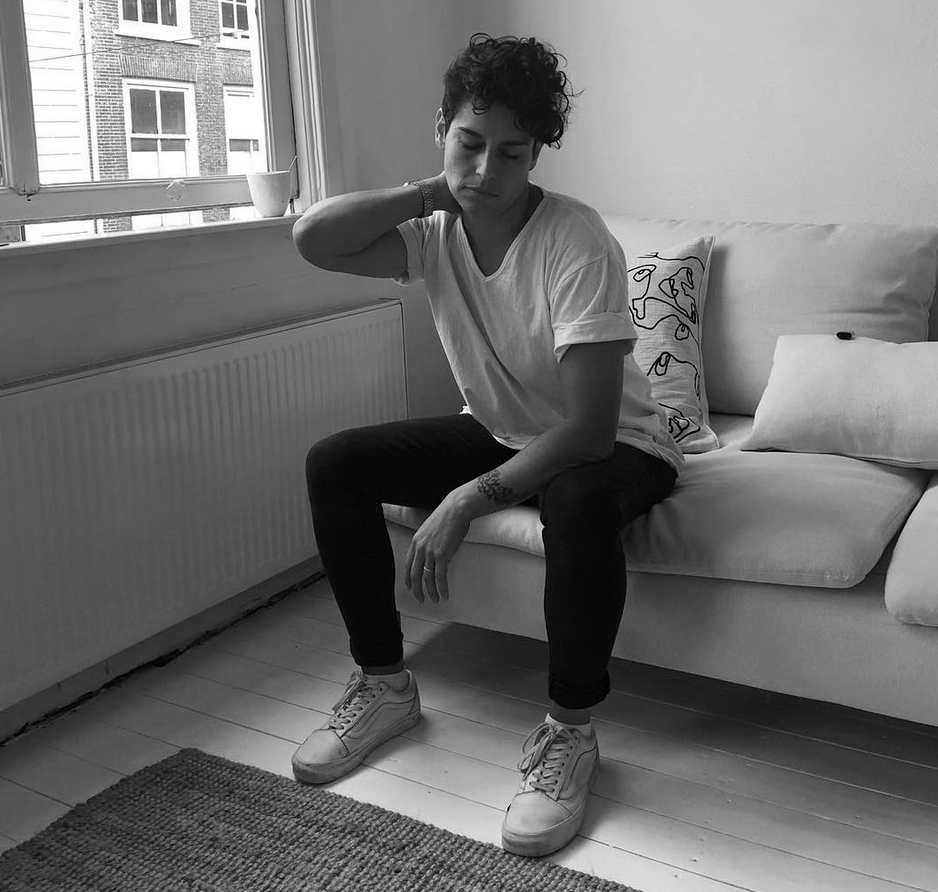 Extraordinarily detailed illustrations of animals,  and an abundance of snapshots of vintage interiors: the Instagram profile ‘wheretreesstandstill’ in a nutshell. The woman behind this profile is Henrieke Zenunllari, a young and seemingly archetypal Dutch beauty who is bursting with creative energy. The images and the short texts that accompany them reveal, piece by piece, the burden of a past that is heavily marked by personality disorders. But her story goes beyond that. ‘For 34 years, I have been stuck in a loop of increasingly destructive coping mechanisms.’

34-year-old Henrieke lives in Dordrecht, South Holland, but her roots – as her surname suggests – are in Brasil. ‘I am all settled in the city by now, but I grew up in the countryside of (Dutch) Brabant. My parents bought an old farm and I spent a large part of my childhood in the stables, with the animals. That is where my love for animals, nature and The Netherlands was born.’
Henrieke is the third child of a family of four. She and her younger sister are not biologically related to their parents. ‘We were adopted and she isn’t my biological sister either. I was born in Castro, a Brazilian village. At the time, my adoptive parents worked there in a Dutch colony. They longed for another child and wanted to give underprivileged children a better future by ways of adoption. They got word of my birth from their neighbour who worked in maternity. I was my biological mother’s fifth child. My biological father passed away before I was born. I assume the situation was desperate, especially financially.’ Her parents wanted to take her in, but things had to move fast, or otherwise she would be taken to an orphanage. There was no talk of papers or any sort of adoption procedures. It was a matter of packing and leaving. The rest is history. Henrieke was only a few hours old. ‘My new mother had me registered at the municipality as her own child.  Two years later they adopted another girl from the orphanage, after which we moved to the Netherlands so that my brothers could get their education close to home.
Nesting instinct

I come from a tight-knit family and have always had a strong bond with my mother. I knew from the beginning I was adopted. I looked up to her very much and strived to become an empathic woman, like her. She passed away last summer. I shared a lot from her sickbed on my Instagram, as well as from the grieving process I went through afterwards. The relationship with my father wasn’t bad, but I didn’t feel emotionally connected to him. In his family, everyone kept their feelings to themselves and there was little empathy for others. Not that he isn’t a loving father, but there is little understanding and therefore little meaningful conversation. I love him, but I had a much deeper bond with my mother.’

As Henrieke grows up she starts to feel more and more out of place. Her Brazilian temperament is incompatible with everything Dutch and her slightly coloured skin sets her apart from the other children. ‘I was actually liked because of it, but I struggled severely with being “different”. I came up with coping mechanisms that made me feel less displaced. For 34 years, I have been stuck in this loop of increasingly destructive patterns. I was deeply at odds with myself and suffered from various depressions in my adolescent years. As a teenager, I hung out with other children with foreign backgrounds in the hope I would feel more comfortable with them.’
Visit her via https://www.instagram.com/wheretreesstandstill/
Translation: Janne Van Beek